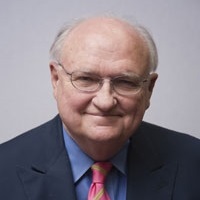 Robert W. Butler Jr., Founder of RBF Wealth Advisors, is a graduate of the University of New Hampshire and Washington University in St. Louis. He is an economist by trade and has served on the faculties of St. Louis University, Fontbonne University and Washington University. He is also a former fellow of the Fletcher School of Law and Diplomacy at Tufts University. In this capacity he served as a professor at the Instituto Tecnologico de Mexico in Mexico City. Bob’s academic work included economic development and the functioning of financial markets. He has published numerous articles in professional publications, as well as the St. Louis Business Journal. Bob has been concerned about educational opportunities for disadvantaged youth and has been active in the St. Louis Schools Dropout Prevention Project with a goal of preventing children from leaving school before completing high school. Bob and his wife, Sue, of 45 years, live in St. Louis and Alton Bay, New Hampshire. They have three children and three grandchildren.